Michael Novy on his strong start to 2016 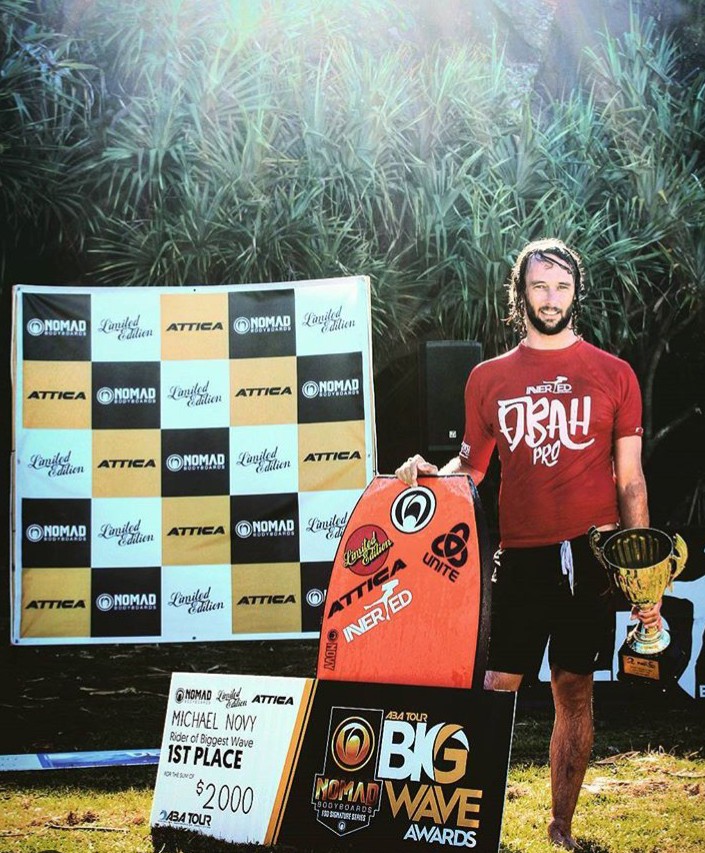 After a few years away from the competitive bodyboarding scene, Michael Novy has come into the 2016 Hog’s Breath ABA Tour year on fire. With a win at the Inverted Dbah Pro and a quarter final result at Mystics earlier this month we catch up with him to see how he’s tracking leading into the last two events of the season.

Australian Bodyboarding Association : By the looks of it, you’ve got a bit of competitive fire back after a few years away from the comp scene. What bought that decision on to start doing the ABA Tour again?

Michael Novy: I started to miss doing competition after not doing it for a few years. Having the D’bah event so close to home I got excited to have another go of it. Leading into it I had no real expectations though. I hadn’t done them in a while so I went into that comp with a bit more emphasis on having fun.

ABA: What did you miss so much about the competitive side of bodyboarding? You’ve obviously been chasing the free surfing side of it a lot the last few years, so was it just a little bit of your competitive side coming through?

MN: Yeah i guess it was. I was finding that competitions were becoming very disheartening. The losses hurt more than the stoke of making a few heats. I guess that was because I was putting a lot of pressure on myself to do well. I still have the fire inside me to do well, but I guess I just had to get back to doing it for fun rather than getting results.

ABA: Yeah I guess that comes from being away from the Tour for a little bit, and just coming in to do it for different reasons like just for fun as you said. Did your approach change after winning the Inverted D’bah Pro? Or did you head down to Mystics with the same approach of just having fun and taking it as it comes?

MN:I did find things changed a little, I found myself getting really competitive again and got really frustrated when I didn’t make it through the quarter final. After the frustration wore off i had a little laugh to myself that I had returned to that same mind set.

ABA: Your also studying full time this year. How are you finding it balancing your time between chasing swells, competing and studying?

MN: Yeah really hectic hey. I have been driving to port macquarie weekly for classes which is a 10hour round trip, working 4 days a week and trying to juggle surfing and competition in between.

ABA: Really? Thats crazy, that must be hard. Last year you still found some time to chase some big swells around Australia. You also took out the Nomad Big Wave Awards for 2015 with a crazy wave out at The Right over stiff competition. Is chasing big swells like that still on your radar for 2016? 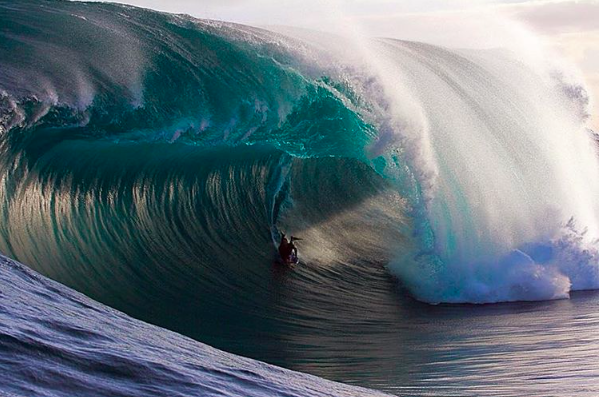 MN: Yeah pretty hectic hey haha. Yeah I am on uni holidays in 2 weeks and will have a few months off. In that time I’m hoping to chase some larger swells in Australia and abroad.

ABA: Your leading the tour over a few fellow Queenslanders and close mates Joe Clarke and Cade Sharpe who are snapping at your heals. How are you going to approach the next two events, especially the Knights Beach event this weekend.

MN: I guess anything can happen as we’re only half way through the tour. So I’m going to try not put too much pressure on myself. especially with such good riders on my heels. I just want to go down there and have fun and surf well. If i get another good result then that would make it all the more exciting.

ABA: Is there a little bit of banter going between you three or is it strictly professional?

MN: Its just a little bit of fun between friends really. We all respect each other, but we still do have our competitive side