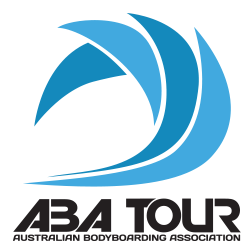 After another successful season 2015, the Hogs Breath ABA Pro Tour and Pro Junior series is back with the event schedule for 2016.

Keeping Australia’s best bodyboarders in the best waves around the nation has enabled the tour to showcase professional competitive bodyboarding at its truest form in the past and has shown why the Hog’s Breath Pro Tour attracts some of the world’s best riders from around the globe.

The Pro Junior event was one of the highlights for the ABA in 2015, and will continue in 2016 at each stop.

In 2016 the ABA will see a number of new initiatives to grow the pathways of competitive bodyboarding in the country.

“We have been working closely with each Surfing Australia state body, the APB World Tour and key industry stakeholders to promote a clear pathways from amateur to the pro elite levels of bodyboarding” said Dylan Beach, General Manager of the ABA.

One such initiative will see state title winners at each state granted seeded positions into the Professional Tour events.

“This has been one of our main objectives this year. We really want to build the sport and work alongside other bodyboarding and surfing bodies to make sure we can all make competitive bodyboarding stronger”.

Notably absent from the tour this year is the Mandurah Pro event in WA.

“Unfortunately we could not align dates with Surfing WA to ensure we run a successful joint event at Mandurah before the swell window elapsed. The ABA and Surfing WA are keen to work together and will work on resuming the Mandurah Pro jointly in 2017”, continued Dylan.

The ABA, in conjunction with event organisers, has also sanctioned the Jeff Wilcox Memorial as an ABA Specialty Event, one of the largest bodyboarding events in the country with over $12,000 in prize pool, as well as the introduction of a specialty Tri Series catering for the NMD, VS and Science Junior PRO AM, Science and JG Bodyboards Dropknee and Women events. This Tri Series will be located at Newcastle, Curl Curl and Byron Bay. Importantly the ABA are also proud to announce the commitment and support to Boogie Youth to assist with shaping the future of the Sport in Australia. Boogie Youth have 8 Youth Development Clinics scheduled for the East Coast for 2016.