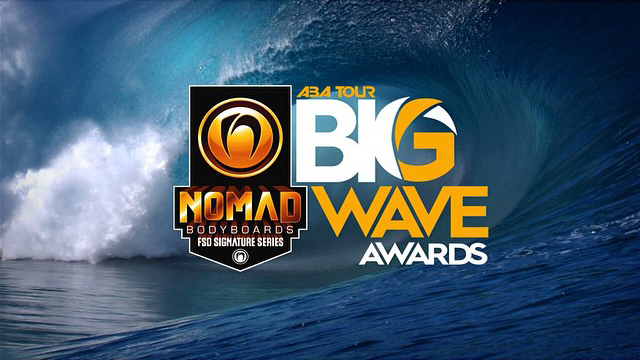 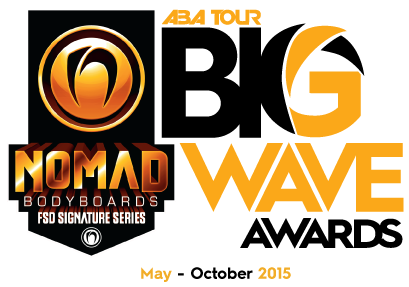 Today marks a new era for the Australian Bodyboard Association (ABA) as it partners with NOMAD to reward the biggest & heaviest picture or video that’s documented within the waiting period.

The waiting period extends from May to October 2015 and is open to everyone on the planet with the bravado to step up and be counted.

The NOMAD Big Wave Awards will highlight a side of the sport that goes beyond both the realms of the mainstream professional competitive stadium to an area where seemingly normal riders take fantastic risks, with little concern for fame or glory.

Judging will be made out of a total of 100 points.

Within the 100 points there are sub categories; this allows us to put tow and paddle surfing against each other to create the fairest and all rounded competition.

The criteria will be broken down to the following.

20 Points: This will be about the overall wave. This is judges’ own discretion of how the wave impressed them.

Further info on judging and entry can be found on the ABA website http://www.abatour.com.au/bigwaveterms/

ABA Chairman Nick Chandler is pumped on the concept.

‘The ABA is pleased to partner with Nomad to launch the Big Wave Awards. Bodyboarders are known as big wave pioneers throughout the surfing community and it’s great to finally have an award that’s going to recognize that. The Big Wave Awards have long been part of our strategy to drive recognition of bodyboarding across the broader population and it’s great to finally see it come to life. These are Global Awards – you’re going to see some amazing riding from some of the best riders in the world battling it out for the $AUD2000 prize. It will be fantastic to also get some recognition for the filmers who often put their lives on the line to bring us the footage.’

Everybody loves watching humans put themselves into sublime situations and the awards are expected to attract a large number of entries during the 4-month waiting period.

The overall winner will be revealed at the ABA end of season presentation at a venue yet to be announced.

Shane Britten from NOMAD is pleased to throw his support behind such a concept.

‘“The Nomad team has always been focused on chasing amazing free surf sessions and chasing waves of consequence. We believe this new initiative by the ABA is the perfect event for Nomad Bodyboards to be partnered, as the format and structure gives riders around the globe the opportunity to surf waves and conditions they can only dream of in any other event. We wish all entrants the best of luck!”’ said Britten.

$2,000 for the rider of the Biggest wave presented by NOMAD

$500 for the Best Wipe-out presented by Limited Edition Fins

Entry is open now and online at http://www.abatour.com.au/big-wave-awards-entry/